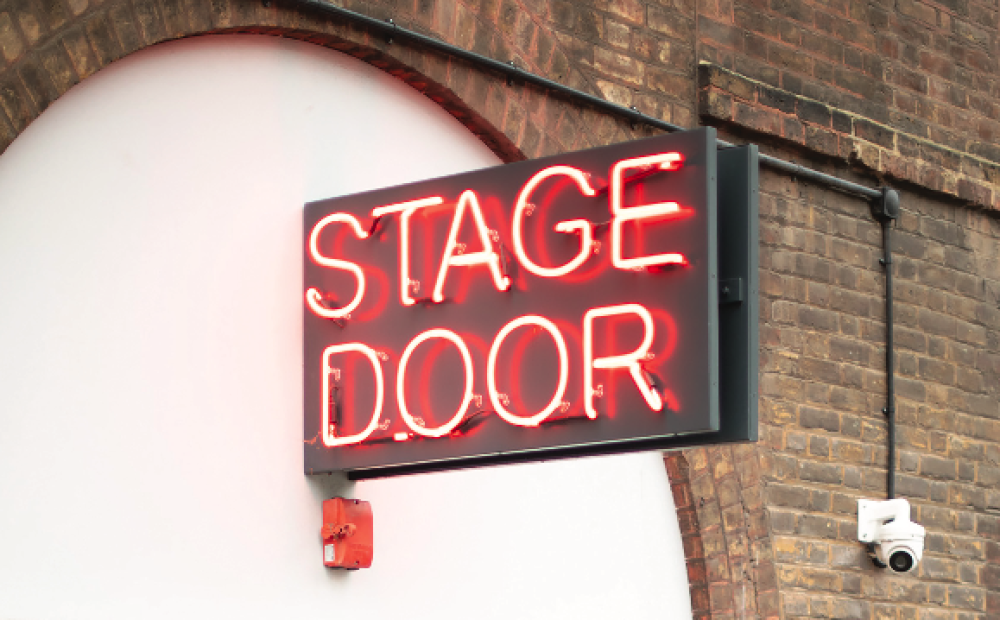 A huge majority of theatre workers who are also parents and carers are experiencing poor working conditions, with high demands but little to no support from employers, finds the new Backstage Workforce Report from PiPA (Parents and Carers in Performing Arts).

It draws on research carried out before the current Covid-19 crisis, and shows the pressures and challenges faced by the backstage workforce, even when times are normal. Many organisations have responded to the challenges posed by Covid-19 in recent weeks, and it is hoped that this dialogue of adaptability and positive change will continue, once theatre doors reopen.

The main themes in the report demonstrate tough working conditions for all backstage workers backstage, indicating a potential impact on wellbeing:

The PiPA Backstage Workforce Report presents a picture of workers having little or no support from employers when it comes to managing their work-life balance, with little flexibility and unexpected schedule changes.

Women reported being disproportionately affected by their working conditions. Six out of ten female participants working backstage have had to change jobs due to caring responsibilities (as opposed to two out of ten male
workers) and are twice as likely to work on show, freelance or zero hours contracts as their male counterparts.

This new research builds on PiPA's 2019 Balancing Act Survey, which identified "high work demands" as the greatest challenge to people working across the sector, and UK Theatre's 2017 Workforce Review of the UK Offstage Theatre and Performing Arts Sector, which indicated a potential under-representation of parents and carers in the backstage workforce.

To avoid losing skilled staff, especially women and those with parenting and caring responsibilities, PiPA calls on the industry to take proactive steps towards implementing family friendly practices as set out in the PiPA Best Practice Charter, and in particular recommends:

â— Improved lines of communication between management, leadership and backstage workers to encourage dialogue and transparency about the challenges experienced by the workforce;

"This report highlights the need for a deep cultural change in backstage working practices that currently
make it so hard for carers and parents, particularly women, to keep working despite their commitment and passion for the industry. Other sectors have already identified the benefits of supporting carers and parents. Family friendly working practices have work-life balance and flexibility at their heart which are key for attracting and retaining a broad range of talent.

This is our opportunity to innovate, to dig deep and redefine the way we work backstage. A robust and
well- supported workforce that is capable of sustaining a career at every stage of their lives is vital to future-proof the sector, in order to benefit from the talent, dedication and experience that is the backbone of our creative output."

"These findings show the extent of the challenge facing parents and carers working backstage in theatre. It is ridiculous that they are struggling to agree flexible working arrangements in this day and age.

"Being a parent or carer isn't an unusual set of responsibilities and the theatre industry needs to catch up with
the rest of the working world. Bectu will be discussing these results with theatres we have relationships with and looking for practicable and workable solutions to this problem, to better support parents and carers."

"We welcome this research. SOLT and UK Theatre are committed to making theatre a more supportive working environment. In order for our industry to continue to thrive, we must open our doors to skilled professionals from all walks of life and recognise that retaining the best talent means responding and adapting to a wide range of needs."

â— Challenging working practices: Two out of three participants reported experiencing involuntary and excessive overtime. Eight out of ten reported less than 12 hours' notice for schedule changes, with nearly half
reporting a change of call times with less than six hours' notice. Four out of ten participants have opted out of the Working Time Directive, with six out of ten unaware of their right to opt back in.

â— Work-life balance: Ninety five percent reported concerns about their work-life balance. Nearly half reported raising their concerns with employers but fewer than one in ten of these instances resulted in positive change. The remaining half of participants did not raise their concerns because they feared it would impact their employment or wouldn't change anything.

â— Strong appetite for flexibility: Flexible working appears highly sought after but with little evidence of implementation. Only three in ten participants had experienced, either directly or indirectly, some kind of flexibility within their department. Nine out of ten stated that they would consider various forms of flexible working if it was made available.

â— Four out of ten parents and carers reported changing jobs due to caring responsibilities: Primary drivers cited for changing jobs included inability to work full-time, overtime or tour. Increased flexibility and more regular hours were cited as the primary reasons for changing roles. Parents and carers reported more predictable working hours, flexibility and more support from employers would help them in their roles backstage, especially during busy production periods.

â— Women are disproportionately forced into career changes and compromises: Six out of ten women working backstage have had to change jobs due to caring responsibilities (as opposed to two out of ten male workers) and are twice as likely to work on show, freelance or zero hours contracts as their male counterparts. In moving away from formal employee contracts, female backstage workers may miss out on career development and training opportunities that male backstage workers may continue to enjoy.

â— Gendered difference towards attitude to flexible working: Women specifically reported more frequently that they would like all forms of flexible working options to support their work-life commitments. Job shares were seen as a valuable tool for increasing the chances for freelancers to return to work and remain in employment over time.

â— Men and women affected differently: Male backstage workers most frequently reported a lack of time and feeling exhausted due to time-based work-life balance conflict. Reported challenges of long, unpredictable hours and scheduling issues were equal between genders. Childcare was the second biggest challenge for parents and carers in general, but the biggest challenge for women. Over half of female parents and carers reported childcare as the major challenge. Fathers, even though they report a lack of time and working
unmanageable hours, remain in full-time work.