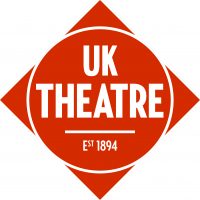 This month Consortium member UK Theatre and SOLT published their report on Workforce Review of the UK Offstage Theatre and Performing Arts Sector.

The full report is a compelling read and we urge everyone to read it in full but thought it would be useful to collate the most pertinent content relating specifically to carers and parents working in the industry.

A major finding of the report is that there is an under-representation of people with caring responsibilities working in theatre. This is testimony to how far we have come in the past year. That the 'talent drain of those with -or wanting to have - caring responsibilities' has been formally identified is an achievement. The invisible has become visible.

The report continues, referring to the PIPA Interim Report:

'The organisation Parents in Performing Arts (PIPA) has embarked on a research project to try to understand the impact of caring responsibilities on the workforce within theatre. This work is in the early stages but some of their initial findings do provide insight into the situation, as it shows that there was a majority view that men and women were each treated differently when they became parents, that gendered assumptions were made about parenting responsibilities, and that only a very small number of men took on more than 40% of the childcare responsibility, whereas four times as many women as men took a 70% share. 23% of Men responding to the PIPA survey were more likely to be employed full-time than women respondents, whereas women were more likely to be self-employed or to work part-time. Moreover, the majority of employees with caring responsibilities responding had to turn down work (57%). This was very much more acute if they were self-employed (81%).'

If the industry supports women to continue their work after starting a family and men to take parental responsibility the business of theatre will become increasingly resilient and profitable as highlighted by the research:

'Indeed, there is a hard economic case for the theatre and performing arts sector to diversify its workforce, as work by McKinsey has shown that:

Flexible working is key to enabling carers and parents to continue working. The survey found 'Antiquated attitudes to flexible working, which particularly affects workers (often female workers) with caring responsibilities of all types.'

'However, others stressed that while evening work (for example) is crucial for some roles, a more flexible approach could be adopted by employers when it comes to other roles. This does not happen, it was observed, because of a prevailing culture that is not open to the concept of flexible working - even when it is eminently possible.

The report goes on to say 'Research from Parents in Performing Arts has found that flexible working (often for accommodating caring responsibilities) is popular but largely untested, and where solutions had been found they had been at the behest of the employee and been arranged informally.'

'There appears to be a talent drain out of the offstage sector in workers' 30s and early 40s - after around 20 years in the sector. Paired with the low level of caring responsibilities, this could suggest that the theatre workforce is losing experienced - and talented - workers as they leave the sector to raise children or care for their families. This represents a loss of human capital - the investment in the skills of the workforce by employers and workers themselves. At the very least this is an opportunity cost and even if the outflow of new workers into the sector is offset by the inflow, this does not mean that the most talented workers are being retained or the less talented are leaving.

The theatre industry's inflexible attitude to carer responsibilities and the difficulties this causes workers, was repeatedly raised by participants of our focus groups and interviews. While this is by no means a problem unique to theatre, the frequency with which it was remarked upon was notable.'

Overall the report concludes: 'Many of the women we spoke to for this report had personal experience of difficulties remaining within the industry when they had children - often in their mid to late 30s.

The reasons for this were multiple: pay levels, lack of receptiveness from employers to flexible working and the loss of networks during maternity leave were all raised as key factors. Many of these concerns were amplified for freelance workers.'

The focus of the survey was collecting data on off-stage workers. 249 respondents were in full time employment, 166 Freelance and 63 employed part-time. What the survey did reveal about freelancers was pertinent especially regarding networking and the way in which employment opportunities present themselves:

'All the freelance staff we spoke to referred to the precariousness of their careers and how they lived from job to job.

The reliance on networking to source work has particular problems for those in freelance positions - especially when it comes to taking any period away from the industry, for example to have a child. In a fast-moving industry, networks can melt away quickly and many parents we spoke to discussed their fears of losing networks either due to time off to have children or because of the difficulty of networking when they have childcare responsibilities. These difficulties are magnified if both partners in a relationship are freelance offstage theatre workers.'

The report presents some real challenges for the theatre industry. It also presents some tangible solutions pertaining to carers and parents:

There is an opportunity to offer more in-careers advice to offstage theatre workers. This could help address the current talent drain out of the sector in workers' late 30s / early 40s. This should be focused on individuals who are either looking to make a lateral move within their careers because they have hit a ceiling within their current role, or who are looking for new opportunities due to a changed situation outside work e.g. caring responsibilities. There is relatively little support for people in such situations currently.

Theatre is currently resistant to the idea of flexible working. However, the introduction of flexible working practices could have major benefits for employers and the sector as a whole, especially around retaining talent within the sector. An awareness programme is needed to educate sector on the positive opportunities afforded by flexible working and the consequent conservation of human capital. This might include the production of some practical guidelines that provide potential flexible solutions. Key consideration should be given as to how flexible working can be used to retain workers with caring responsibilities.

PIPA is currently working with many performing arts organisations to find solutions to the challenges faced by carers and parents in theatre and ultimately across the performing arts. Later in the year we will be publishing our Best Practice Research findings and Best Practice Charter as well as a toolkit to support the framework.
The Workforce Review of the UK Offstage Theatre and Performing Arts Sector is a vital call to action. PIPA is determined to work together with performing arts and associated organisations, unions and employers bodies to achieve sustainable change in attitudes and practices in order to attract, support and retain a more diverse and flexible workforce. It is our believe that the Performing Arts Industry benefits from maintaining a skilled, experienced and varied workforce, where parents and carers are able to flourish at every stage in their career.