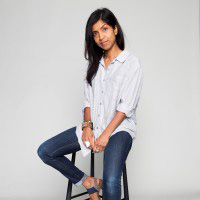 Indy Vidyalankara is the founder of Indypendent PR, a boutique music PR, comms and brand consultancy, with current and past clients such as MOBO, Nitin Sawhney, Youth, Jules Buckley, Girls I Rate, Gary Crosby OBE, Eddy Grant, Carla Marie Williams, Ayanna Witter-Johnson, Urban Development, TuneCore and more. She is currently part-time Head of Communications at pioneering talent development organisation and charity Tomorrow’s Warriors. Prior to that she served for two years as Head Of Strategic Communications at leading music charity Help Musicians.

Indy is an accomplished Communications executive with a diverse career spanning over two decades across music, media and third sector in high profile organisations such as Sony Music UK, Saatchi & Saatchi, with 11 years at the BBC in publicity across BBC Radio 1, Radio 1Xtra and BBC TV. Indy advises on and advocates for Diversity in the music industry, and is a member of the BPI Equality and Justice Advisory Group and UK Music Diversity Taskforce. She is also a Trustee of charities: One World Media, Parents In Performing Arts and Midi Music Company. Indy was the first woman of colour in the role of Sony Music UK Director Of Communications, her second tenure at the major label following her three year stint at Columbia Records, where she started her career in music. In 2020, Indy became an honouree of the SheSaid.So Alternative Power 100 Music list.

Back to board member