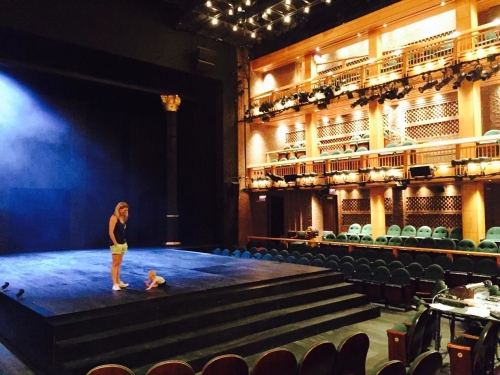 The Stage - 6 December 2021: Returning to old ways of working will force female creatives to turn down jobs

The Evening Standard - 24 April 2021: London Rising: How the arts can build back better post-lockdown

The Guardian - 3 March 2021: Patter of tiny feet: dancers on leaping into motherhood.

Audio Femme - 22 February 2021: 'For Single Moms In The Music Industry, The Battle For Respect Is Real'.

The Stage - 1 February 2021: Gender Equality in performing arts 'set back decades by Covid'.

The Stage – 27 May 2020 Coronavirus: Lockdown could lead to more inclusive sector for carers – PiPA

The Stage – 18 December 2019 2020 vision: Theatre’s leaders share their hopes for the coming year

The Guardian – 2 October 2019 ‘I’d rather forget a guitar than the breast pump’: Emmy the Great on touring with a baby

HR Magazine – 17 September 2019 Setting the stage for change: D&I and family-friendly working at the National

The Stage – 15 July 2019 Lyn Gardner: We should define success by the well-being of theatremakers

The Musician – Summer 2019 Motherhood At Work: Women in the industry who are pregnant or have young children still face discrimination, but campaigners are lobbying for change.

Arts Journal – 16 April 2019 UK Survey: Forty Percent Of Those Who Drop Out Of The Arts Workforce Leave Because Of Family Obligations

The Stage – 22 January 2019 Call the Midwife writer: ‘My actor husband took a two-year career break so I could work – we need equality at home’

The Stage – 1 November 2018 Editor’s view: From childcare to pointe shoes, we all benefit when theatre moves with the times

The Stage – 26 October 2018 Commons setback for self-employed parental leave reform, but campaigners vow to fight on

BroadwayWorld.com – 21 August 2018 Out of Joint Partners with Parents in Performing Arts for ‘Parents, Carers and Touring’ Listening Event

BBC News – 29 July 2018 How do stars juggle touring with parenthood?

WhatsOnStage – 20 July 2018 Breastfeeding in rehearsals: how the West End is embracing new mothers

BBC News – 29 July 2018 How do stars juggle touring with parenthood?

The Guardian – 16 May 2018 Why the pregnant pause? Women in performing arts still face baby barriers

iNews – 5th February 2018 Lisa McGrillis, aka Kelly in Mum: ‘I remember thinking, oh god, is this my life? Is this what acting is? I’m not sure I want to do this’

The Stage – 13th July 2017 Rosalie Craig: ‘Theatre must do more to help parents’

Matilda in Motion – 27th October 2015 Mothers Who Make: A Letter of Invitation to all the Producer Job Applicants and Everyone Else Too….