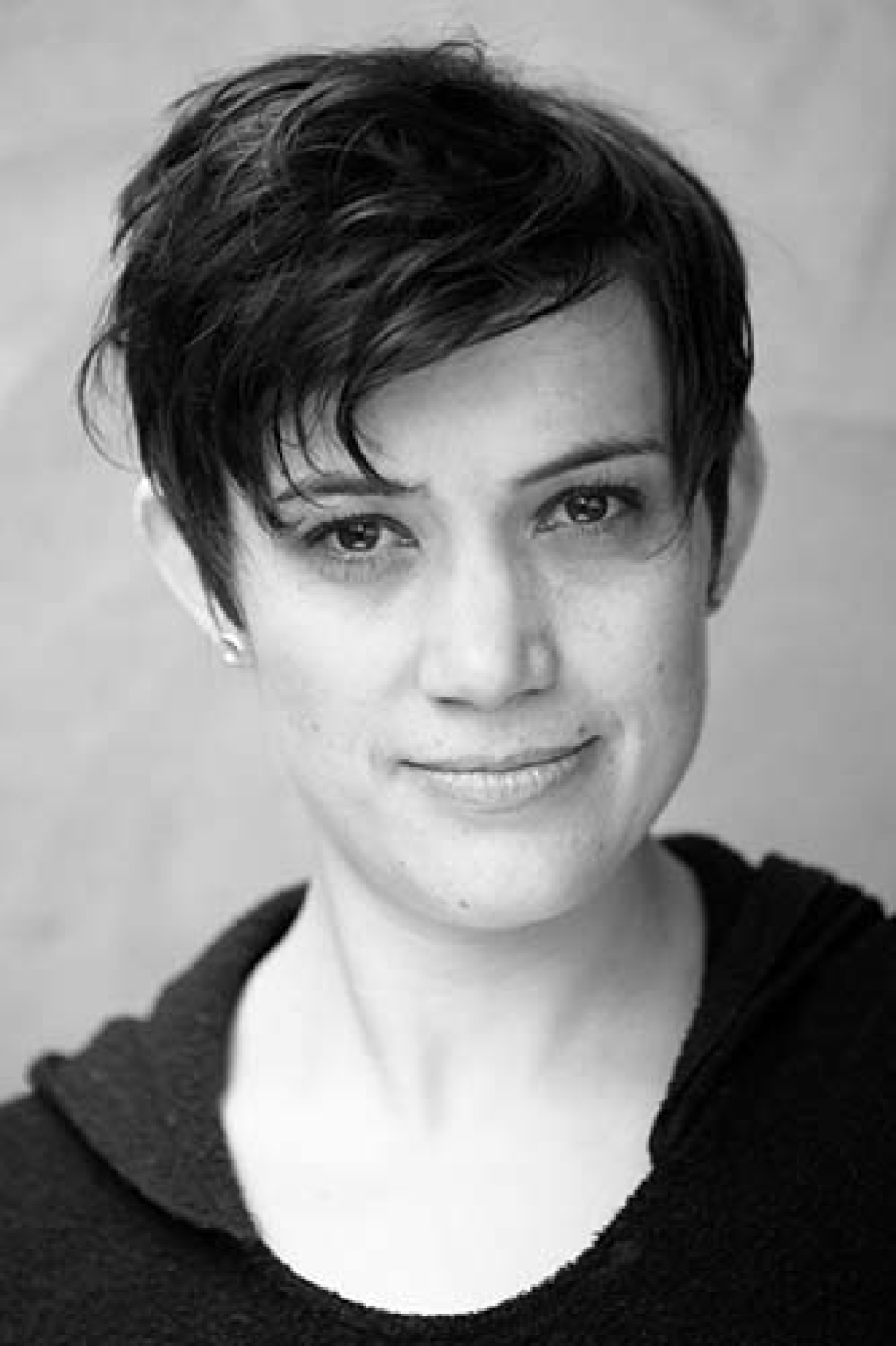 Mothers Who Make has recently been awarded Arts Council funding to develop a vital resource and networks for mother-makers across the UK. As an inclusive organisation for all types of carers in the Performing Arts, PIPA spoke to founder Matilda Leyser to find out more about her initiative and the specific remit of Mothers Who Make.


Matilda is a writer, mother and an Associate Director with Improbable.

Tell us briefly about yourself and how you organise your caring responsibilities and work?

I am a theatre-maker and a writer. My husband is also a theatre-maker, actor and director. We have two children, aged 5 and 1. So far we have been predominantly homeschooling my 5 year old. We are not a conventional family but we do currently hold quite conventional gender roles in that my husband does the bulk of the money-earning and I do the bulk of the childcare. My work has of course slowed down because of this and changed its focus but at no point have I stopped. My mum - Granny! - has been utterly invaluable in enabling me to continue my creative work. My work is largely self-generated so I have also been able to bring my children along with me, to play in the rehearsal room or help me facilitate a session.

What is Mothers Who Make?

Mothers Who Make (MWM) is a growing national initiative aimed at supporting mothers who are artists - professional and/or passionate - writers, painters, actors, dancers, musicians, film-makers....every kind of maker is welcomed, and every kind of mother.

MWM has rapidly spread across the country. There are currently regular peer-support groups meeting at six major arts-related venues in different regions, with ten other groups in the process of starting - that is why we are fund-raising, to support this growth.

How was Mothers Who Make was conceived?

When I first became a mother I went along to the requisite number of mother and baby groups with my newborn boy. I was struck by the fact that the vast majority of the women I met there were on a fixed maternity leave of 6 months to 1 year and were then expecting to go back to a full or part time job. There was a much smaller group of women who had given up work and were in a position where they wanted and could afford to commit to being a full time mother for the foreseeable future. I did not feel I fitted into either group. In being a freelance performer no one was going to give me any maternity leave except myself. There was also something beyond the economics of it: I was committed to being a full time mother but equally I felt I had the kind of work I could not give up - it was part of who I am.

Why is the focus only on mothers?

I am fully in favour of equality but in the interest of campaigning for equality I do not believe we should eradicate difference. I do not want to campaign for a world in which our experiences are all the same, but rather for one in which our diverse experiences are given equal value. I believe that for a whole of host of complex reasons, some of them historical (years of living within a patriarchal structure), some biological (pregnancy and breastfeeding) there are differences between the role of 'mother' and the role of 'father.' I acknowledge and celebrate the incredible range of ways in which these roles can be filled and families can be structured, but I want to hold space for difference. I think there should be a 'Fathers Who Make' group and a 'Parents Who Make' one but I can't run them all! Not yet anyway.

The reason I am starting with mothers is that I believe this is the area that needs most work. I was shocked on becoming a mother at how marginalised I felt. On the one hand this was not an elite group - motherhood is common. There are many of us. And yet I felt immediately less sure of my place. As one mother wrote on our MWM FB page, "I had no idea that the apparently vanilla act of breeding would lead to feelings of radical otherness." So I feel there is a big piece of work to be done specifically around valuing this work that women do, of child-bearing and rearing, even as we encourage the men to play their part. And there is another, perhaps more obvious piece of work still to be done around supporting women-artists of every ilk to be able to practice, share and grow their work. 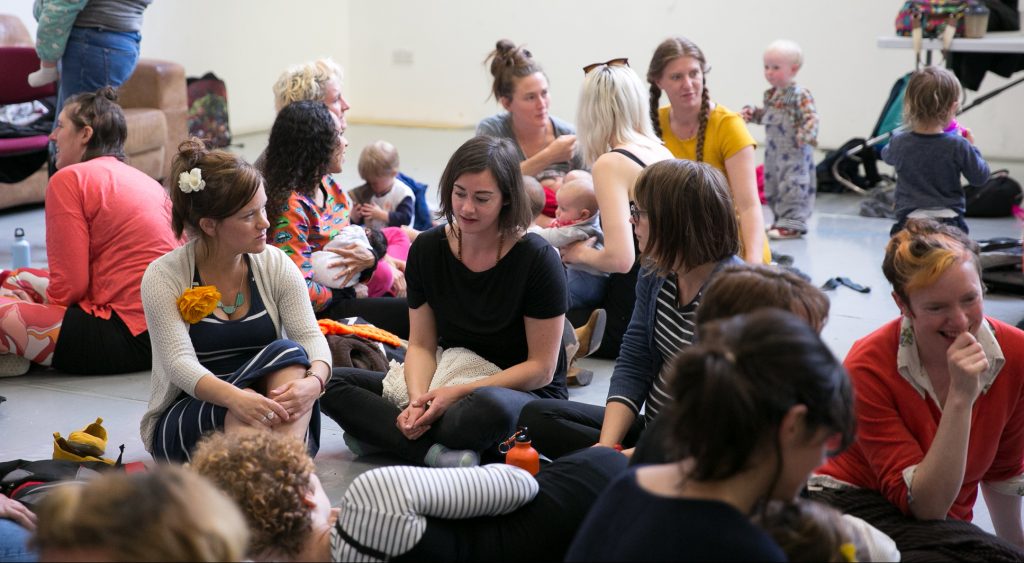 Do you envisage a time when fathers might be included?

There are already some events, such as the sharings of work, to which fathers can come. As long as I feel there is a need and a value in holding a women-only space I will do that. If this need changes I will be responsive to that. My hunch is, as I stated above, that we need it all for years to come: - mother-focused spaces, father-focused and parent-focused. It is hugely exciting to participate in the slow cultural shift of the work of care being valued, but there is so much work to do, the change is so great and the issues complex between the genders - I want all of that honoured. I am delighted by the work of PIPA - a vital and fantastic campaign - because someone badly needs to do this work . But MWM is not a campaign. It is a peer-support group and, for me, an ongoing piece of artistic research, exploring how the work of mothering and of making might enrich and inform, rather than undermine, each other.

In a nutshell, what will the funding enable you to do?

We aim to develop a further 10-15 hubs across the UK, building new relationships with regional venues and mentoring local artists to facilitate ongoing peer-support groups. We will develop a new Mothers Who Make Online Hub, to connect our regional networks across the UK and serve as a digital platform for sharing work. We will also undertake a series of micro-commissions, awarded to mother-makers with a showing at the National Theatre.

Can you share a bit more about your vision for developing a platform for new work.

Quite early on in the MWM journey a bit of feedback I kept on getting was that platforms for the sharing of work had become harder to access since motherhood began, so one thing I have managed to do a couple of times but want to develop is to hold child-friendly, relaxed performance platforms - a chance for mothers to have an accessible focus to work towards. One of the things we will be using the ACE fund for is to commission a number of mothers to develop new work which can in turn serve as an inspiration/ invitation to other mothers to engage creatively. We want this work to be shared in person but also to live online on our website - able to be accessed by women all over the country.

What has been the most rewarding moment in your journey with Mothers Who Make?

That is hard - there have been many. There isn't really one moment, but rather one thing that keeps on happening, which is when yet another mother gets in touch with me and expresses her intense sense of relief at her experience being acknowledge and given value by the very existence of this initiative. Through the crowdfunder I have also had mothers contacting me telling me about the theatre companies they have founded or the shows they have made thanks to MWM giving them a sense of empowerment and possibility.

The Mothers Who Make Crowdfunder to raise vital match funding for their GfA award ends at 1.55pm on Thursday 21st December, 2017

You can support them here: https://www.crowdfunder.co.uk/mothers-who-make/?